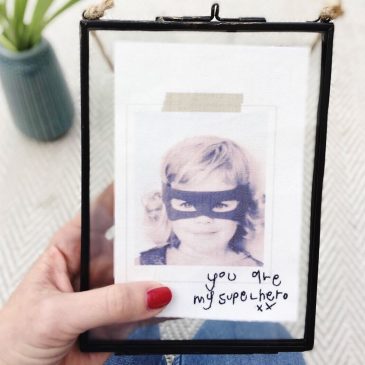 Always be yourself… part two. .
I spoke earlier about the importance of being yourself in a personal capacity and now I am going to be a little bit self indulgent and talk about he it’s also important for your work and creativity. Around a year ago, I came to a bit of a crossroads. I’d always struggled with being self taught; I felt like a fraud calling myself a textile artist, but I did anyway, because I didn’t know what else to call myself. I’m not going to make this post a debate about art elitism, because .. I don’t want to, but I don’t think it is unfair to say that it was not a world that I felt very welcomed in to. I am sure the subject of my work is too commercial and too safe and positive words aren’t for everyone, and I’m fine with that. I didn’t doubt my skill or ability (actually, that’s a blatant lie!) but the question was, did I try and make pieces with greater artistic intent so that the people who decided they could say whether or not you were worthy of the title would let me in? It all felt a lot like trying to be cool. I never have or never will be cool 😂 and I decided I wasn’t going to be a textile artist either. I decided to stop trying to be part of a group that didn’t really seem to want to include me, so I decided to embrace the idea of being a maker, which might sound like exactly the same thing, but in my experience are a much friendlier bunch. And friendly people are my kind of people. .
The crux of that decision was all about being myself. The reason that I’m telling you this story and seemingly unrelated photo is that I found out that this product had been nominated for a NOTHS make award. I didn’t make the shortlist, but to even have been considered makes me feel not only incredibly honoured, but also bloody proud of myself and glad that I decided to stick with just being me. .
So there you have it. Always be yourself. .
Ps there’s a link in the bio for the listing 😉. .
#alwaysbeyourself #threewordthursday #noths #notonthehighstreet #makeawards #wearenoths… Read More

COVID-19 Update: We're still working to bring you happy post, but please bear with us as lead times may be slightly extended. Stay safe, wash your hands, and thank you for your support, you wonderful lot. Dismiss