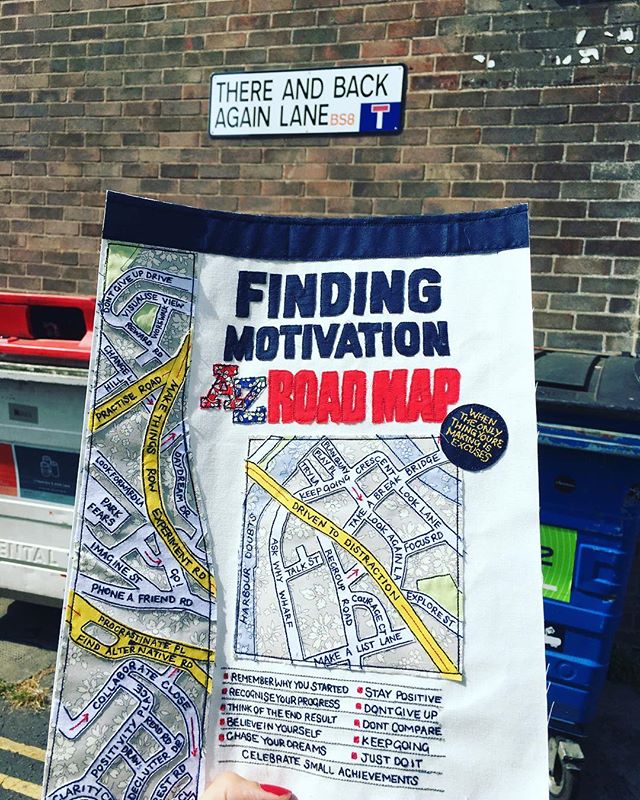 There and back again Lane

I was determined to include There and back again lane on to this map (When I was a child, whenever we went out in the car and my brother or I asked where we were going, my Dad always used to say that’s where we were going!) and as I was passing yesterday and had it to hand, I decided to take a photo … at which point I realised I’d forgotten to stitch it on ? (the actual location on the map is the little side road just off of Reward Road – see if you can spot it! ) I’ll have to go back for another picture once I’ve stitched it on! (It would seem I have become that crazy lady that stands around in a street full of bins trying to get a photo)